Question 4: How did you integrate technologies in this project?


Transcript:
In this project I used the sites like blogger, photo shop, Poster My Wall, survey monkey, gmail, and Canva. The blogger site was used to keep me up to date with what I have done and keep my research in a timeline so that I may see how I have come up with my final project. Then photoshop was used to crop the images that I have received which were taken with a phone. The site Poster My Wall is the first site that I used for the preliminary task to create the magazine. The site survey monkey and gmail worked hand in hand. The survey monkey site put the survey I created in one easy link form and got the responses for me so that I would see the responses in a chart and gmail sent out the link and got the emails of the people taking the survey. Finally, the last site used was Canva which helped me create my final pieces and was a lot easier to work with.
Posted by Brandon at 8:00 AM No comments:

Question 3: How did your production skills develop throughout this project?

Question 2: How does your product engage with audiences and how would it be distributed as a real media text?

Posted by Brandon at 3:30 PM No comments:

Question 1: How does your product use or challenge conventions and how does it represent social groups or issues?


Transcript:
My magazine does use conventions that I have learned through creating this process. First I will start off with the cover. The conventions on the cover are the masthead which is  the "Locker Room". I also have Cover lines so that I let the reader know what the article is going to talk about. In the magazine the image on the front so that I let the reader now who the magazine is about and what sport it will be on. This image is suppose to look like other sport magazines where a top athlete is shown on the cover. I also believe this athlete is one that people will look up to in the near future. There is also on the margin coverlines to let the reader know what the magazine does feature and what to look ahead for. This might want to make someone buy the magazine. Then on the content page the athlete shows up again but in a different picture. The picture insures that the reader knows who the athlete is and show the reader what he is known for. Then to keep the audience engaged in my magazine I changed the color scheme like the cover was burgundy background and now the lettering of the cover page was burgundy. This allows me to make sure that the audience does not get bored of the magazine. Another aspect of the content age is that I wrote a little bit to give a sneak peak to the reader so they may read the stories that interest them the most. Finally on the double page spread, I kept it very simple with a nice image of the athlete on one page and the article on the other. I felt that the title of the article would catch the readers attention.
This magazine could be read by anyone but people that would read this magazine would be athletes and people interested in the world of sports. The article may give them inspiration by hearing a kids life story that with hard work and people believing in him, got him to where he is today.
Posted by Brandon at 2:30 PM No comments: 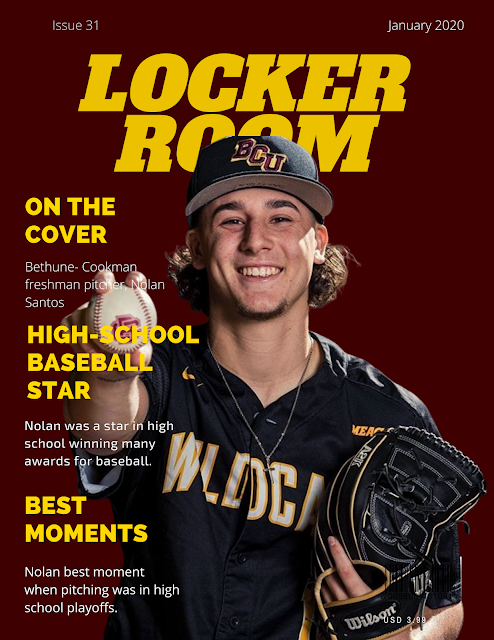 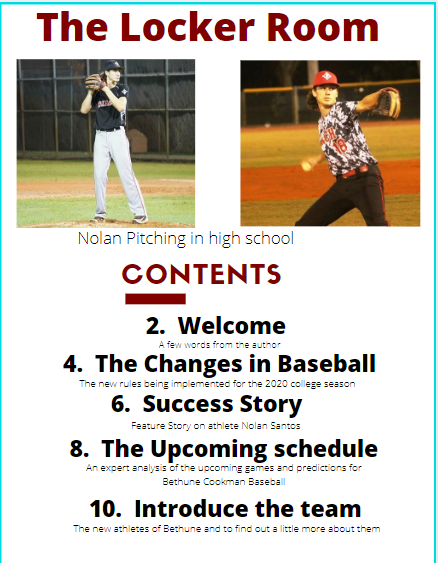 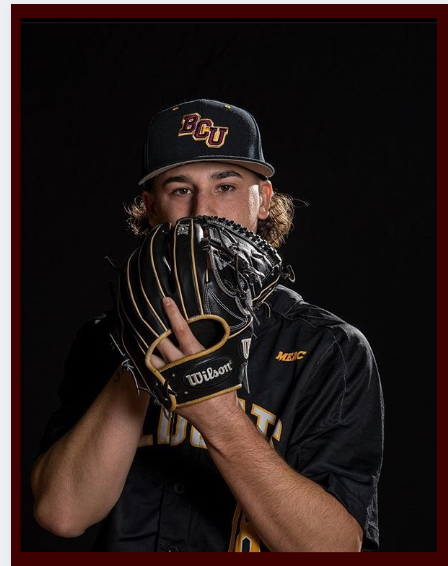 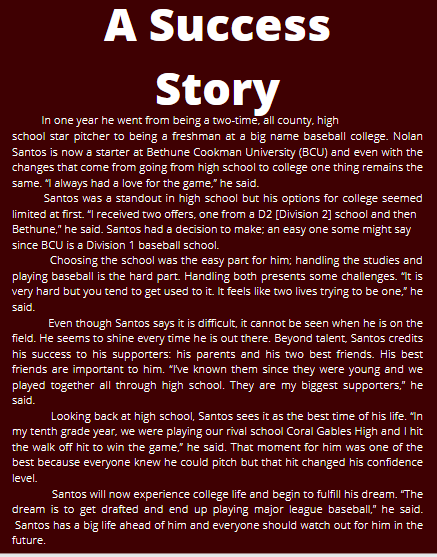 During the process of creating the double page spread I knew that I wanted to have an image on the left side of the paper and I chose the best image that I had left. In the image I left the black background so that the viewer can see the difference between the double page. Also I put the story on the right side of the page, dividing the image from the story. The story did have some edits and when I read the article again after the edit it did sound a lot better. The double page spread, I decided to have a maroon background and put the letters in white so that they pop out and catch the readers attention. The background color is the color of the college team that Nolan Santos plays for. Finally I made the name of the story based on what I felt the story meant to me. And when you read the article it does show Nolan success and how he became the person he is today.

Here is the double page spread: 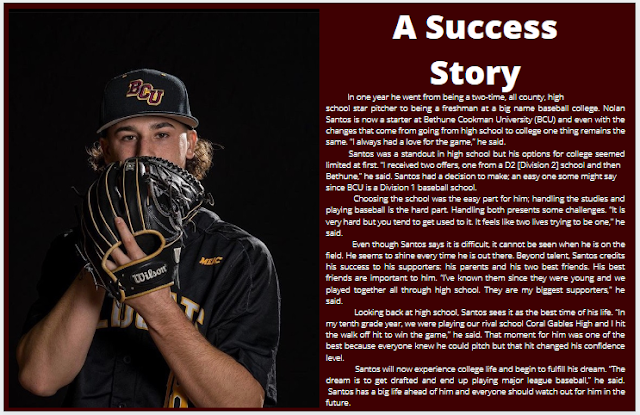 Posted by Brandon at 5:02 PM No comments:

In creating the table of contents page, I had to choose from four images left and I put one image in the page. I was playing with the image and I felt that it was best for me to leave the background of the image. The image also looked best on the top of the page because when I moved the image, it just felt out of place. Then with playing with the color of the font, I had tried gold but the visibility of the font was not good on the white page and when trying a dark background it caused the magazine to not look eye catching and appealing. I kept trying the colors of the font and saw that this combination worked best for the post. Then continuing on the magazine for this page, I finalized it with putting the subtitles under the headings so that it makes the stories appealing to the reader. I hope this page wants people read about the feature story of Nolan Santos. 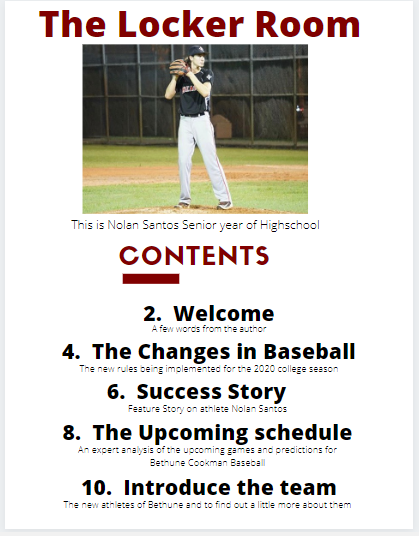 Posted by Brandon at 6:22 PM No comments: